Thanks to the generous support of so many of YOU, KPTS has reached its goal for the tower/translator project to restore our broadcast signal to thousands who lost Channel 8 during the switch from analog to digital. It was imperative that we restore our free, over-the-air signal to all those who lost access to public television. The tower is now fully constructed and the translator equipment has been tested. If you do not currently receive us it is now time to RESCAN! 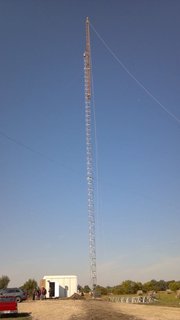 How to rescan your TV

Run the “scan” function on your converter box or digital television set, usually on the remote control, labeled “set-up” or “menu” or some similar term. Consult the owner’s manual for more detailed instructions on how to run a channel scan.

Once the scan is complete, you should be receiving digital channels through your antenna.

Step by Step guide to rescanning

Rescanning procedures vary from one converter box or HDTV to another. The following is a general guide. The steps or terminology may be different for your device:

If you receive your TV programming via cable or satellite, do not re-scan your TV.

"Be More" The Campaign for KPTS Channel 8

Five years ago KPTS switched its analog broadcast signal to the federally-mandated digital signal and lost approximately 34,000 households—49,000 adults and 30,000 children. Ironically, these are the very viewers who need and depend on us most. They are the viewers who live on fixed incomes or at, or below, the poverty line. They are the homebound elderly who use KPTS as their window to the world. They are the children, especially ages 1-6, which, with the benefits of our programming, enter school ready to learn. We know this from years of national research; children who watch KPTS regularly read better than their peers, perform better academically throughout their school years, and perform better on tests. They are more likely to finish school and become contributing members of society.