“This is truly a momentous occasion,” says PBS KANSAS President and CEO Victor Hogstrom. “Kansans deserve a contemporary, state-of-the-art public television facility that accommodates the technological and workplace demands of the 21st century. It is also essential in providing the kinds of locally-produced programs and educational outreach that present-day public television audiences expect and deserve.”

PBS KANSAS, formerly known as KPTS – Channel 8, has been operating out of an 8,000 square-foot former auto parts store near 21st and Waco since 1980.  “This location was never ideal, but the PBS KANSAS staff through the years found ways to make it work,” Hogstrom says. “When I first walked in the door of PBS KANSAS almost five years ago, I immediately realized we needed a new building. A tiny studio with passing trains interrupting productions, cramped offices, inadequate restroom facilities and a dilapidated exterior have created continual challenges for staff and visitors. This television station belongs to the public. The public has long deserved something better. Now thanks to the generosity of a small group of community-minded donors, the public will get it.”

The new PBS KANSAS facility will include two large studios which will accommodate the production of more types of local programs and allow for the possibility of studio audiences. It will also include a Children’s Discovery and Education Center that will allow visitors to experience hands-on activities that are fun and engaging and promote lifelong learning. In addition, there will be a PBS KANSAS museum for the public to visit and a community room available for local groups to meet and hold special events.

“Public Television elevates the quality of our society with the kinds of educational and entertainment programming that is only provided by a public, non-profit television station such as PBS KANSAS,” Hogstrom adds. He says renovation work to transform the former credit union headquarters into a television station will begin shortly, upon raising additional funds.

The station is offering 25-year naming rights opportunities for sponsorship of various rooms and offices in the new facility.  Rooms may be named after a person or company or in memoriam. The sponsor’s name will appear on a plaque next to the door of the sponsored room and the actual donor’s name will be placed on the PBS KANSAS Wall of Giving in the lobby of the new building. Those individuals who cannot manage the sponsorship of a room, may become a BuildingChartered Contributor, by contributing $1,000 to $2,000 and their names will appear on a perpetual plaque with the names of other Chartered Contributors.  This plaque will hang on the wall of the lobby of the new building.  All contributions toward the building can be sent to: Building Fund, PBS KANSAS, 320 W 21ST N Wichita, KS 67203.

Click here to make your contribution and become a Chartered Contributor. 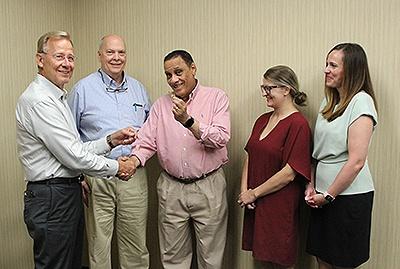 We Got The Keys!

PBS KANSAS will begin full operations at the new location by early 2022. 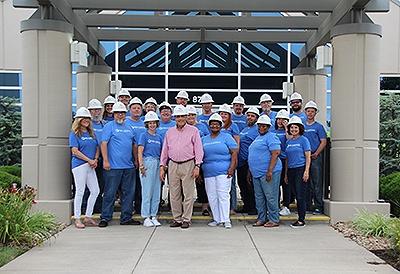 Ready To Start The Next Chapter

WICHITA, Kan. — PBS KANSAS announces its newest, local documentary Kansas Baseball: Swinging for the Fences, the first comprehensive look at fascinating stories behind Kansas baseball and its historic and cultural significance to our communities. The documentary is produced by PBS KANSAS’ Chris Frank and Mike Oliver.

“PBS KANSAS is proud to present another locally-produced documentary. Part of our mission is to educate our community, and this look back at baseball in Kansas does just that,” said Victor Hogstrom, President & CEO. “It brings awareness to the history of Kansas baseball and celebrates the impact of the game on Kansas culture. Kansas Baseball: Swinging for the Fences also highlights Kansas baseball ‘firsts’ and introduces the new professional team, the Wichita Wind Surge.”

Many thanks to the following sponsors who have brought this dynamic documentary to life: Humanities Kansas; Fidelity Bank; Meineke Auto Care Centers of Wichita, Derby and Hutchinson; and the Greater Wichita Area Sports Commission.

How to Watch PBS KANSAS 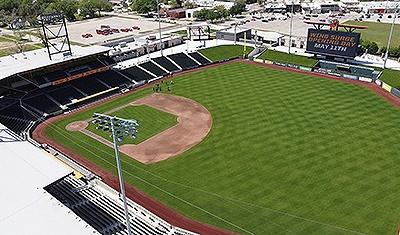 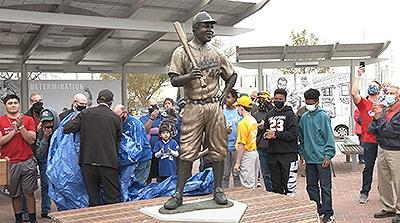 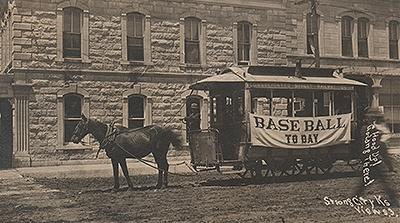 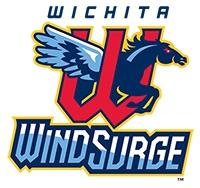 WICHITA, Kan. –KPTS – Channel 8 is hosting two, on-air forums to introduce viewers to the candidates in three contested races for district judges in Sedgwick County, and in the important race for U.S. Senate, with the winner replacing the seat being vacated by Senator Pat Roberts.

“At KPTS, we take our mission of educating and informing the community very seriously, because KPTS is seriously good TV,” said KPTS President and CEO Victor Hogstrom. “We see it as KPTS’ role to host candidate forums to help our viewers make informed choices at the polls this November, especially in these times of COVID-19 where people cannot gather at in-person events”

Watch KPTS – Channel 8 at 7 p.m. on Thursday, Oct. 22 for the U.S. Senate Race: Interviews with the Candidates hosted by Susan Peters. It’s the political race that could swing the balance of power in Washington. Susan Peters goes one-on-one with the two candidates vying for Kansas’ open U.S. Senate seat. No questions are off the table as the veteran journalist asks the tough questions you want answered from Republican Roger Marshall and Democrat Barbara Bollier.

This show will feature candidates running for contested seats in Sedgwick County.

An on-air forum to introduce viewers to the candidates in the 2020 U.S. Senate race.

Kansas Public Telecommunication Services (PBS KANSAS - Channel 8) is our community-owned public media organization whose mission is to educate, engage, entertain and enrich Kansans. PBS KANSAS’ vision is to be a primary influence for a thriving, engaged community. Learn more at kpts.org.